This week’s theme is ‘Characters I’d Name a Pet After (submitted by Nushu @ Not A Prima Donna Girl)’, which is such a fun prompt!

I decided to be a little more specific this week and choose ten characters whose names I think would suit a black cat.

I’ve never owned a cat – we had hamsters and guinea pigs growing up, not cats and dogs – and I’ve always considered myself a dog person, but the older I get the more I realise wouldn’t mind owning a cat one day while I live in a little witch cottage. I’ve always loved black cats, and it’s so sad that they’re often not adopted from shelters because people are superstitious, so today I’m going to show them some love.

I know this is cheating considering Binx spends most of Hocus Pocus as a black cat, but Binx is such a good name and I’ve adored this film since I was a little girl.

Kaz Brekker from Six of Crows by Leigh Bardugo

Cats are often arseholes, so who could possibly be a better namesake than the Bastard of the Barrel? Kaz is one of my favourite characters and I would happily name a black cat after him.

Mogget from Sabriel by Garth Nix

I’ve loved Mogget ever since I first read Sabriel and I’ve always thought it would be so cool to come across a cat who shares his name. There must be a Nix fan out there somewhere with a cat called Mogget.

Theta Knight from The Diviners by Libba Bray

A black cat called Theta would be the classiest cat in town. Let’s just hope she wouldn’t share her namesake’s ability to burn down houses.

What better name for a cat than everyone’s favourite lesbian vampire? Let’s face it, there’s something inherently goth about black cats so naming one after a vampire feels very on brand.

The heroine of a horror novel seems like the perfect namesake for a black cat, and I think Noemí has the right attitude for a cat, too.

Apparently the meaning of Sybella is ‘seer’ or ‘oracle’ and it honestly wouldn’t surprise me if cats were secretly prophets, but I think Sybella is another character who’d definitely be a cat if she were an animal.

Cardan Greenbriar from The Cruel Prince by Holly Black

Not only is Cardan a complete drama queen, but he even has a cat’s tail. Cat Sidhe can be found in Celtic mythology, so I think any faerie name would work well for a cat!

If I didn’t name a cat Binx or Kaz, I think Merricat would be my top name of choice. It’s been a while since I read this classic horror, but I’ve never forgotten it.

Sorcha from Daughter of the Forest by Juliet Marillier

Throughout this list I’ve been inspired by dark-haired characters, and Sorcha is another character with black hair. Considering her own encounters with the fae folk, I’d say she’s a pretty good namesake for a black cat.

61 thoughts on “Top Ten Tuesday | Cat got your name” 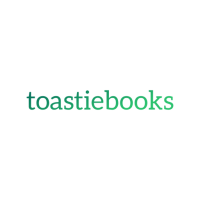 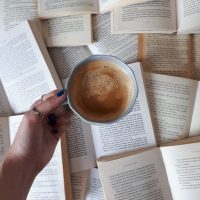