Danika Brown knows what she wants: professional success, academic renown, and an occasional roll in the hay to relieve all that career-driven tension. But romance? Been there, done that, burned the T-shirt. Romantic partners, whatever their gender, are a distraction at best and a drain at worst. So Dani asks the universe for the perfect friend-with-benefits—someone who knows the score and knows their way around the bedroom.

When brooding security guard Zafir Ansari rescues Dani from a workplace fire drill gone wrong, it’s an obvious sign: PhD student Dani and ex-rugby player Zaf are destined to sleep together. But before she can explain that fact, a video of the heroic rescue goes viral. Now half the internet is shipping #DrRugbae—and Zaf is begging Dani to play along. Turns out, his sports charity for kids could really use the publicity. Lying to help children? Who on earth would refuse?

Dani’s plan is simple: fake a relationship in public, seduce Zaf behind the scenes. The trouble is, grumpy Zaf’s secretly a hopeless romantic—and he’s determined to corrupt Dani’s stone-cold realism. Before long, he’s tackling her fears into the dirt. But the former sports star has issues of his own, and the walls around his heart are as thick as his… um, thighs.

Suddenly, the easy lay Dani dreamed of is more complex than her thesis. Has her wish backfired? Is her focus being tested? Or is the universe just waiting for her to take a hint?

I received an eARC of Take a Hint, Dani Brown from NetGalley in exchange for an honest review.

Check out my review of Get a Life, Chloe Brown!

What do you get when a bisexual commitment-phobe who’s passionate about feminist literary theory hits it off with a romance audiobook-listening security guard who wants to shed light on the importance of men’s mental health?

Well, you get this novel. And it’s a delight.

Danika “Dani” Brown is the younger sister of Chloe, star of the previous novel in this romance series, who’s a 27-year-old PhD student and practising witch who loves sex but, rather ironically, isn’t in love with romance. She’s friends with the gruff yet sweet security guard, Zafir “Zaf” Ansari, who works at her university, and both of them have been checking each other out for a while.

Zaf winds up ‘rescuing’ Dani after she gets stuck in a lift and a video of the rescue goes viral. Suddenly, the two of them are #couplegoals and, when Dani discovers the publicity could really help Zaf’s mental health charity get on its feet, she agrees to fake a relationship with him, with the hope she might be able to tempt him into becoming her perfect friend-with-benefits in the process.

I have to be honest that I wasn’t sure what I was going to think of this novel when I first opened it. I expected to like it – I love having a contemporary romance series that’s set in the UK as opposed to the US – but I’m always a little hesitant when I see a man in a romance novel described as ‘brooding’. It makes me think of the dark YA years of the early 2010s, when it was perfectly acceptable for love interests to be arseholes. Luckily, Zaf is lovely and not someone I’d describe as brooding.

Zaf is simply private, and someone who seems to suffer from resting bitch face, and an experience with the media that ended his rugby career after a bereavement has made him wary of sharing everything about himself with the people who don’t deserve to know. He also reads romance novels, and listens to the audiobooks at work, because he loves happily ever afters and he’s honestly one of the sweetest, healthiest love interests I’ve encountered in contemporary romance.

His passion for discussing mental health and pushing past toxic masculinity is so wonderful to see in a man who has the figure of a ‘manly’ man who’s tall and well-muscled. He’s adorable. Plus it was nice to see another mixed race romance in this series, but this time a mixed race romance that doesn’t involve a white person. I feel like we don’t celebrate mixed race romances that don’t involve white people as much as we should.

I also loved getting to know Dani, though. She’s so unashamedly herself and she’s funny and witty and so passionate about her area of research. Yet again, just like Get a Life, Chloe Brown, I loved Hibbert’s emphasis on the idea that a romance works because the people involved in it want it to work, not because they give up something else they love for it. Love is about compromise, of course, but Zaf himself points out that living happily ever after is living with someone who’s worth compromising for, because it won’t feel like a compromise.

I did sometimes feel like Dani’s fears of commitment were a little overplayed for the sake of having some kind of obstacle for her and Zaf to overcome, but I did really appreciate that neither Dani nor Zaf were entirely in the wrong. Sometimes, in romance, one person makes a mistake and the power balance in the relationship can feel a little off as a result, but that’s not the case here at all. Dani and Zaf are friends and equals, and I so wanted the two of them to be happy together.

If you need a quick, fun read that’s going to lift your mood, then I suggest you get your hands on a copy of this book! 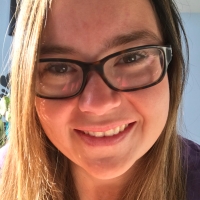