Considering Game of Thrones is a fantasy story, it’s pretty light on the fantasy: magic isn’t as important as politics, military tactics and the role of a ruler in a country torn apart by civil war. In fact George R.R. Martin has stated in the past that the story is heavily inspired by the Wars of the Roses, an English civil war that ultimately resulted in Henry Tudor’s victory over Richard III at the Battle of Bosworth Field and the start of the Tudor dynasty.

So, who inspired the women of Game of Thrones? Martin has long been praised for writing strong women – the media really loves making the discovery that women are also people, don’t they? – but history is brimming with women who refused to sit on the sidelines, and we can see echoes of them throughout the show.

Daenerys Targaryen and Isabella I of Castile

Much like Daenerys, Isabella sought to create an empire. Her marriage to Ferdinand II of Aragon formed the basis of the political unification of Spain and her reforms rid the country of the debts her brother had sown and brought the crime rate to the lowest it had been in years. She was also a staunch supporter of the Spanish Inquisition, however, and sought to rid Spain of its Muslim and Jewish subjects through exile or death. Much like Daenerys, Isabella was not against burning. Fun fact about Isabella: Before her reign, the queen could only move in one direction during a game of chess. After Isabella, the queen could move anywhere on the board.

Catelyn Stark and Eleanor of Aquitaine

Catelyn and Ned’s marriage was certainly a little less tumultuous than Eleanor’s marriage to Henry II of England (or Louis VII of France, who she divorced to marry Henry!) – up until Ned got himself beheaded, that is. Henry wasn’t very good at being a faithful husband, though, and much like Catelyn always resented Jon as proof of her husband’s infidelity, Eleanor was known to have been quite a jealous woman herself. Much more than that, though, both women were fierce, particularly when it came to protecting and supporting their children. Eleanor supported Richard I when he rebelled against his father, just as Catelyn supported Robb during his rebellion as King in the North, and was widely respected by her contemporaries.

Lyanna Stark is often compared to Helen of Troy, ‘the face that launched a thousand ships’, but much more recent (and in keeping with the original inspiration for the series) is Elizabeth Woodville. England was shocked when Edward IV ignored the political match that was made for him to instead marry a commoner, a widow with two sons already from her previous marriage, who legend says he saw and fell immediately in love with because of her beauty. Unlike Lyanna, Elizabeth did get some time as the Queen before her husband died. Her sons, infamous now as ‘the Princes in the Tower’, vanished not long after and her brother-in-law, Richard III, assumed the throne. After he was defeated, though, it was her daughter, Elizabeth of York, who ruled as the first Tudor queen alongside Henry VII.

Cersei Lannister and Agrippina the Younger

Let’s face it, ruthlessness was rampant amongst the noble and royal families of the Middle Ages but even more so amongst the Roman emperors who preceded them, and the Lannisters are nothing if not ruthless. Agrippina the Younger was a Roman empress who was described as beautiful as well as ruthless, ambitious, violent, and domineering, and she may have murdered her husband, Claudius. She was eventually executed in 59 AD by her son, Nero. That’s right. Her son was one of the most tyrannical rulers of Ancient Rome. Sound familiar?

That’s just a small handful of some of the many women from history who may have inspired the women from Game of Thrones – can you think of any others?

9 thoughts on “#wyrdandwonder 2019 | Who inspired the women of #GameofThrones?” 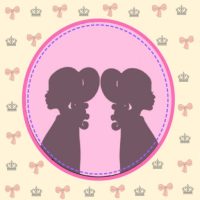 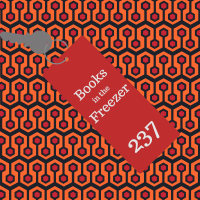 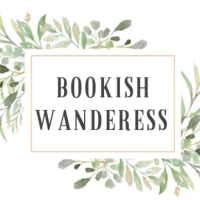 Reviewing YA and MG Fiction since 2016.

the ramblings, rantings and ravings of a book unicorn