The Gilded Wolves
by Roshani Chokshi

It’s 1889. The city is on the cusp of industry and power, and the Exposition Universelle has breathed new life into the streets and dredged up ancient secrets. Here, no one keeps tabs on dark truths better than treasure-hunter and wealthy hotelier Séverin Montagnet-Alarie. When the elite, ever-powerful Order of Babel coerces him to help them on a mission, Séverin is offered a treasure that he never imagined: his true inheritance.

To hunt down the ancient artifact the Order seeks, Séverin calls upon a band of unlikely experts: An engineer with a debt to pay. A historian banished from his home. A dancer with a sinister past. And a brother in arms if not blood.

Together, they will join Séverin as he explores the dark, glittering heart of Paris. What they find might change the course of history–but only if they can stay alive.

Oh, I so wanted to love this book.

First thing’s first, I’m in the minority here. So many people loved this book, and for the most part I think this might just be a case of me not quite gelling with Chokshi’s writing style, but I had a few issues with this book that I’m going to unpack here.

I don’t think Chokshi is a bad writer, but I found it really hard to clearly picture pretty much anything in this book. I didn’t think the magic system – known as Forging – was explained all that well; I’ve just read an entire book where it was used a lot, and yet I couldn’t tell you what its rules are. It seemed to have a (literal) magical solution to all of this story’s problems, which meant this was a heist novel in which I was never worried that this group of characters wouldn’t succeed, and because I wasn’t worried I didn’t care if they succeeded or not.

In fact Forging didn’t really seem to fit in with this setting. The Gilded Wolves takes place in an alternate late 19th century Paris, but this is still an alternate France that has seen the French Revolution, the reign of Napoleon and the growth of the French Empire, and yet I never quite got a sense of all that history. There were a few French words here or there, but the dialogue and even Forging itself felt so modern that I couldn’t help wondering why 19th century Paris needed to be the setting at all. At no point did I feel like I was in Paris.

I wish that Chokshi had either written a straight up historical fiction heist or that she’d set it in a fantasy world of her own, because the times when she did explore the characters’ personal histories were really interesting. Having said that, the writing style also meant that I sometimes forgot whose point of view I was reading from even when the characters’ names were mentioned at the start of each chapter. Laila and Zofia, in particular, I was always mixing up and I shouldn’t have been – they’re very different!

This is a set of characters that I was hoping to fall in love with, and I didn’t. I did like them; Zofia, in particular, I liked a lot. She’s a Jewish girl on the autism spectrum and I did really like how Chokshi explored her autism (though I’d like to read some reviews by own voices reviewers to see what they thought!) and how she finds logic so much easier to understand than people and their small talk. Enrique I ended up liking a lot, too; as someone who is mixed race, he’s not Spanish enough for the Spaniards but he’s not Filipino enough for his fellow countrymen either. Their stories are what made me yearn for more history than fantasy in this story.

I really liked how this is a very diverse group of characters, and I loved how Chokshi explored how the French Empire stocked its museums with stolen objects from other cultures and turned those cultures into titillation for white, wealthy Parisians. Unfortunately, I felt a little beaten over the head with that message. It’s such an important message, I just wanted a little more nuance.

I think there was an attempt at this with Séverin, who is the main character of this group and is mixed race himself with a white, wealthy father and Algerian mother. He was discouraged from acknowledging his mother, particularly in public, and that was heart-breaking when we learn how much he adored her.

But I still thought Séverin was kind of a dick.

It could very well be that that’s the point of Séverin as a character – I don’t want my characters to be perfect people by any means – but I couldn’t help feeling a little uncomfortable about how he treated the others, who we’re led to believe are his friends before they’re his employees, considering he’s the most privileged of all of them in terms of his finances and his place in society. He is mixed race and it’s that part of him that’s led to him missing out on the true inheritance he’s seeking to regain throughout this novel, but he’s hardly struggling. He still has his late father’s money and he runs a very, very successful hotel in the centre of Paris.

In other words, I never quite got why he was so desperate to reclaim his true inheritance other than that he’s a rich boy who doesn’t like to be told ‘no’. I know there’ll be people who loved this book hissing at that summation, but he’s a character I never warmed to because I could never quite place him. He was friends with these people and he’s the leader of this gang, but he could never quite decide whether he was a friend or a leader first, which ultimately meant he was weak in both roles.

I also found his relationship with Laila boring. I loved that this is a YA novel that acknowledges that teenagers (how old are these characters? No idea – I don’t think it’s ever mentioned) can and will have sex, and that these are a pair with a sexual history was compelling, but theirs wasn’t the kind of angst that made me root for them. I just wanted them to stop namby-pambying about and admit that they liked one another.

In fact a lot of this novel read as rather juvenile and silly to me. It almost read like an MG novel rather than YA – not that MG is juvenile and silly – and this would have been fine if I didn’t go into it expecting a YA heist novel. Whatever this novel was, it didn’t feel like that. The villain was disappointing and the ending was rushed despite the book as a whole dragging for me. I almost considered DNFing it but I forced my way through it, constantly hoping it would improve because I wanted it to be the diverse, historical heist novel I’d hoped for.

Ultimately, this book just wasn’t for me and I’m very sad about it. I loved Chokshi’s idea, but it was never fully realised for me here and I found the magic system took up too much of this story without enough information for me to fully understand it or care. I am very much in the minority here, though, so if you think you’ll enjoy this novel give it a try – I hope you enjoy it as much as I’d hoped to!

10 thoughts on “Review | The Gilded Wolves by Roshani Chokshi” 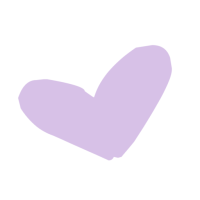 The Bookwyrm's Guide to the Galaxy

Your bookish guide at the end of the universe

roaming the library one book at a time