I haven’t done one of these posts in a while, but as it’s the spookiest time of the year now feels like the perfect time to talk about haunted houses.

I’ve read all but one of Sarah Waters’ six published novels, she’s one of my favourite authors, and The Little Stranger is my favourite book of hers – you can check out my review here! I read it back in 2015 and loved it, and have been anticipating the film adaptation ever since.

Waters’ work is no stranger to an adaptation; Fingersmith, Tipping the Velvet and Affinity have all been adapted for television, and Fingersmith was even the inspiration behind Park Chan-wook’s film The Handmaiden where the story was moved from Victorian London to 1930s South Korea.

The Little Stranger is set in post-Second World War England, at a time when the aristocracy are starting to dwindle; the increase in taxes is making it difficult for them to take care of their fine estates which are crumbling into disrepair, and there’s less of a class distinction throughout the country with the rise of the middle class. Dr. Faraday is a country doctor whose mother once worked at Hundreds Hall, the local manor house that has declined to the lady of the house, her son Roderick, who was badly burned in the war, daughter Caroline, who returned home to help care for him, and one maid.

Faraday has always admired the house from afar, and when he begins to treat Roderick he becomes more and more involved with the family, who start to believe there’s something evil in Hundreds Hall. But is the house haunted, or is the family in ill mental health?

I was nervous about this adaptation, particularly when it was announced that Domhnall Gleeson (Bill Weasley in the Harry Potter franchise, if you’re wondering where you recognise him from!) had been cast as the main character, Dr. Faraday. He wasn’t quite how I pictured the doctor.

I needn’t have worried. Gleeson played the part brilliantly, and the rest of the cast were exquisite. Will Poulter was a fantastic Roderick Ayres, but the main star of the film for me was Ruth Wilson as Caroline Ayres. Caroline was my favourite character in the book and I love Ruth Wilson who really did the character justice and played her perfectly.

Throughout I thought the film was a very strong adaptation. Naturally not every single scene from the book can be adapted, but the director and screenwriter chose the right scenes to include and the right scenes to leave out, and what mattered most to me was how well they captured the atmosphere of the book. The Little Stranger is a very slow-moving, eerie, unsettling story – you’re never quite sure who you should trust or what you should make of what anyone says, and this film understood that.

In general I tend to enjoy British films about haunted (or is it?) houses a lot, because they don’t tend to rely on gimmicks or jump scares to unnerve their audience. Another one that springs to mind is the BBC film The Awakening, a post-First World War era film set at a haunted boarding school. The ending is a little weak, to be honest, but if you’re a fan of British ghost stories I recommend giving it a try.

5 thoughts on “Book vs. Adaptation | The Little Stranger by Sarah Waters” 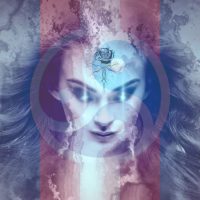 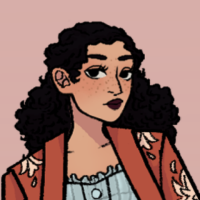 A Londoner who carries a book with them at all times